HERE'S WHAT PLAYERS ARE SAYING:

John Hayden - Yale University (NCAA I - ECAC), NHL Entry Draft 2013 round 3 #74 overall by Chicago Blackhawks: “Coach Lind does a tremendous job with skills and skating development. He understands how the game of hockey is trending and ultimately what it takes to succeed at the next level. He has the unique combination of being a great teacher and having junior, college, and pro experience. Coach Lind is a great coach but a better person who truly cares about his player’s success."

Brett Pesce -  University of New Hampshire (NCAA I - Hockey East), NHL Entry Draft 2013 round 3 #66 overall by Carolina Hurricanes: “I worked Eric and he really helped me take my game to the next level. He changed my entire stride and I am a faster player because of him. Not only is he a great mentor on the ice, but he is an incredible guy off of it. I only have positive things to say about Eric Lind.”

Chad Krys - Boston University (NCAA I - Hockey East), NHL Entry Draft 2016 round 2 #45 overall by Chicago Blackhawks: “I think the CT Roughriders  was my first exposure to college hockey recruiting and opportunities to play division one college hockey. I think the on-ice combined with the off-ice training they had there propelled me to the next step on my hockey career, that’s for sure. Coach Lind is someone who stresses skating and skill development, he’s developed so many great players from Connecticut for a while now, I still skate with him in the summer and he challenges me every time I’m on the ice. Lindy is not only a great coach but he’s a great person who will do anything to help you, whether it’s make a phone call for you or work with you on and off the ice.”

Alex Wilkinson - Army West Point (NCAA DI – Atlantic Hockey): “I mainly wanted to improve on my skating technique. I was an average skater. Since I arrived three years ago and it has improved immensely with the constant guidance of Coach Lind. Lindy has been the best coach I have ever had not only in skills and development, but in the way he coaches and leads. I look up to him the most, follow his example and lead by his example.”

Todd Jackson - Norwich University (NCAA III - NEHC), NCAA III Championship 2016-17: “Coach Lind’s developmental work on skating, individual skills and critiquing of the small technical issues of the game was another reason. I now have better puck handling skills, better hockey vision, a keener understanding of the game and the ability of using the ice to my advantage.”

Charlie Pelnik - SUNY-Oswego (NCAA III - SUNYAC): “The  coaching staff ’s focus and time spent on each player individually is like no other I have experienced,” Pelnik said.  “The staff takes time during practice drills to make corrections – that makes a huge difference. At the Roughriders, not all the focus is on winning results and ticket sales,” said Pelnik.  “The coaches are not worried daily about job security, so they can focus totally on player development.”

Jason: Kalinowski -  Endicott College (NCAA III - Colonial Hockey):
“I have not had the time to focus on stride and edge work in a couple of years.  The RoughRiders and Coach Lind have dedicated technical skating sessions weekly and I have seen tremendous improvement since my arrival here,” said Kalinowski.  “We are also able to be creative in our game play offensively, as long as we make sure we back-check and take care of all zones defensively.”

Michael Meisenbacher - Trine  University (NCAA III - NCHA): The difference with the Connecticut RoughRiders program is the amount of work they spend on and off the ice improving their players.  Also, the exposure to college and the tremendous amount of connections the coaching staff and organization has access to is second to none.” 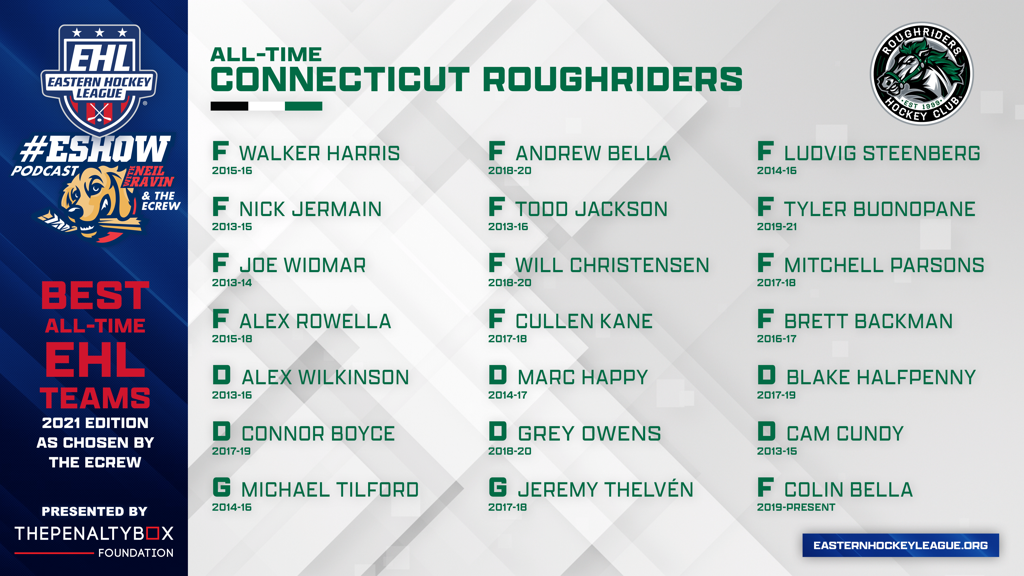 Home Of The RoughRiders Sports Club® EHL Logo Located in the Northeast and Mid-Atlantic regions of the United States, the Eastern Hockey League (EHL) and its 18 teams celebrates its 8th season in 2020-21. For the past five years, the EHL has finished as the leader in the Direct-To-College Advancement at the Division II and III levels. This past season alone, the EHL accounted for nearly 1 in every 5 freshmen on Division II and III rosters. 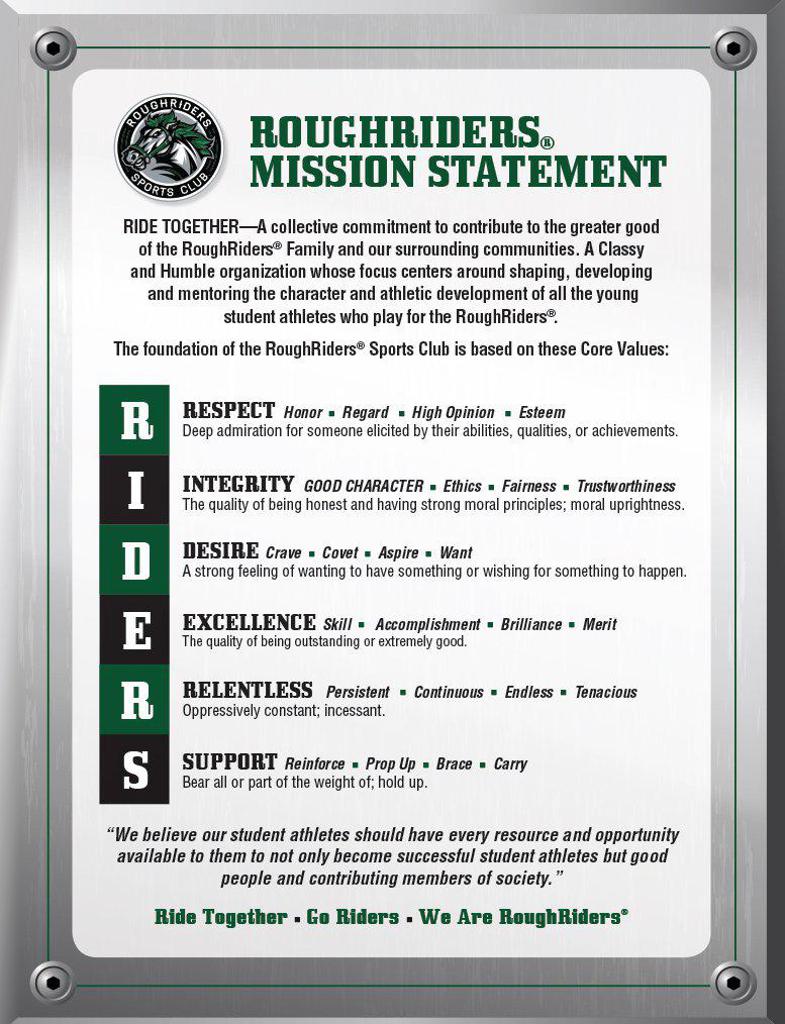 BIOSTEEL SPORTS DRINKS: CLEAN. HEALTHY. HYDRATION.™
BioSteel's mission is to create the healthiest and most trusted sports hydration products on the planet.

Hockey Analytics Based on Artificial Intelligence and Machine Learning

SoNo Ice House is based in historic South Norwalk, CT, near Wilson Point, and is a state-of-the-art facility featuring two rinks; one official NHL sized rink and one training rink.